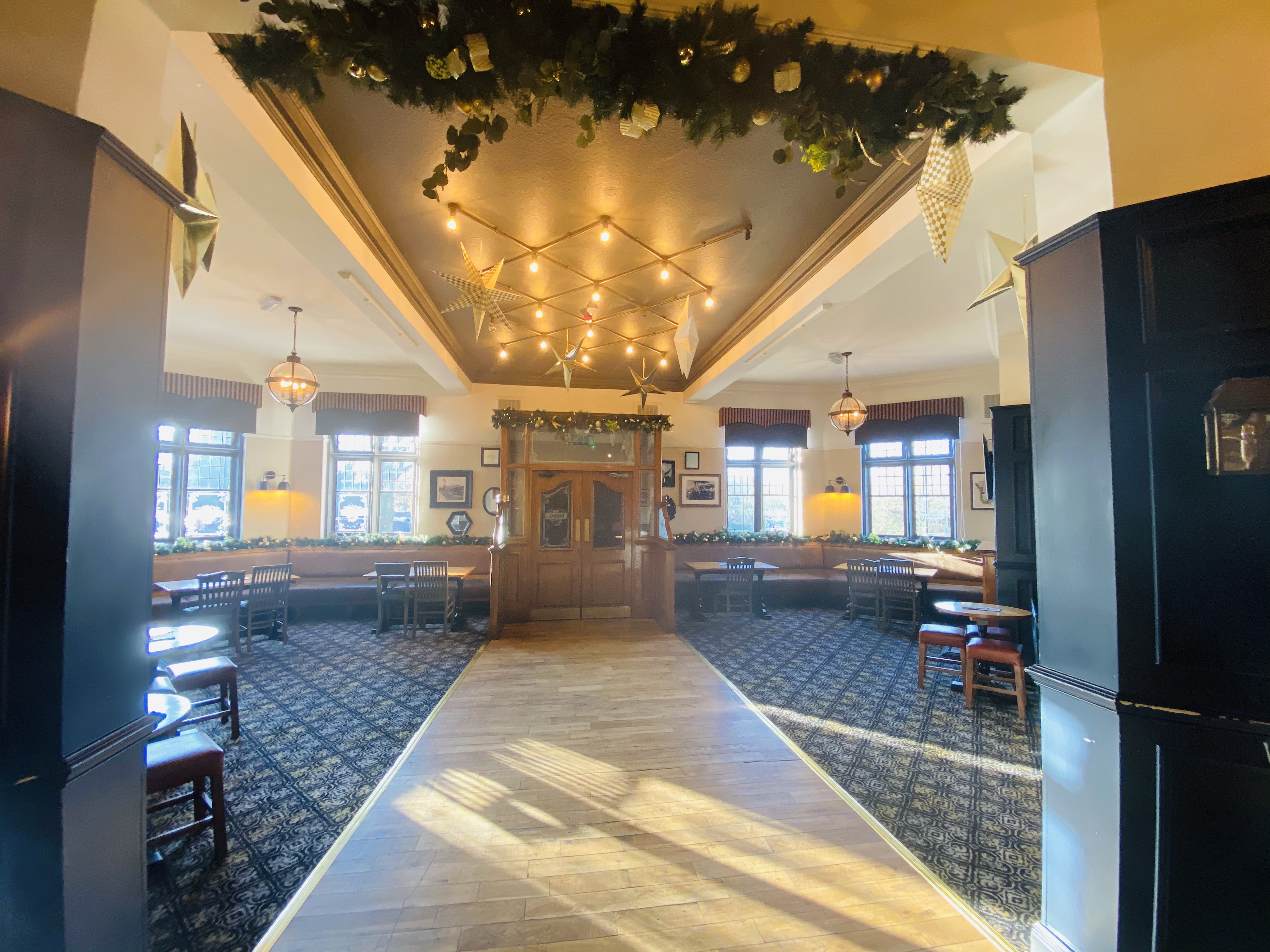 On the 10 Days of Christmas D.J. Quinn’s gave to me… live music and craic from some of Birmingham’s best artists!

The festive season is officially here and to celebrate we have prepared 10 nights of live music and more as a little present from us to you.

From Friday, December 20th until Tuesday, December 31st we’ll be hosting nights of live music in a festive atmosphere that will warm up those winter nights. Here’s what we have in store…

Named ‘Best Country/Folk Act’ at the Birmingham Music Awards, the guitar playing duo Gasoline & Matches have smashed the UK country scene, blending heartfelt country lyrics with classic rhythm and blues. Gasoline & Matches will be lighting up our stage as they kick off our 10 Day of Christmas on Friday, December 20th.

Next, three piece covers band Mother Popcorn perform all the best rock, pop, indie, funk tunes from the 60s through to the present day in one of the most authentic sounding and energetic tributes around. We can’t wait to have them on our stage on Saturday, December 21st.

After an amazing performance in last years 10 Days of Christmas, Esther Turner is back by popular demand. After winning Best Pop Act at the Birmingham Music Awards and given the chance to support Ed Sheehan live, she’ll be back at D.J. Quinn’s on Sunday, December 22nd performing a special acoustic set.

Over the Christmas period we have plenty of music from Jack Banting on Monday, December 23rd, plus a special Christmas craic on Christmas Eve as Trad Lash are back for a special festive performance. On Boxing Day we’re treated to live music from Slibhin, before Sean Duggan treat us to an acoustic set on Friday, December 27th.

Mixing traditional and contemporary Irish and Celtic rock, Bang on the Ear will be live on Saturday, December 28th with everyone’s Irish and rock and roll favourites. Our penultimate act features members of Ocean Colour Scene and Merrymouth to bring you The Rock Bottoms, live with classic hits on Sunday, December 29th.

Finally, to finish of the year and our 10 days of Christmas, we have the brilliant James Reidy with a big set planned for New Year’s Eve! Packed with original tunes like his new single ‘Alone’ James Reidy is definitely not one to miss as we ring in the New Year on Tuesday, December 31st. Tickets are available to buy in advance behind the bar.

We can’t to fill our days with festive fun and craic this December, who are you looking forward to seeing perform? Head over to our Facebook page to find out more and join the conversation.

Coming Up Over November and DecemberCatch all the Six Nations live at D.J. Quinn’s