We’re just days away from the Guinness Six Nations Rugby, with Ireland, England, Wales, Scotland, France and Italy all going head to head for the 2020 trophy.

After the excitement of last year’s Rugby World Cup, we’re counting down the days until kick off on Saturday, 1st February. We’ll be showing all games throughout February and March, with all Ireland and England games shown on our big screens throughout the pub.

Here’s the low down on all games this season…

Not to mention Super Saturday this march, where all teams battle on Saturday, 14th March…

Not a rugby fan? Not to worry! We still have plenty of sports coming up in February, including the Euros, FA cup and the GAA! 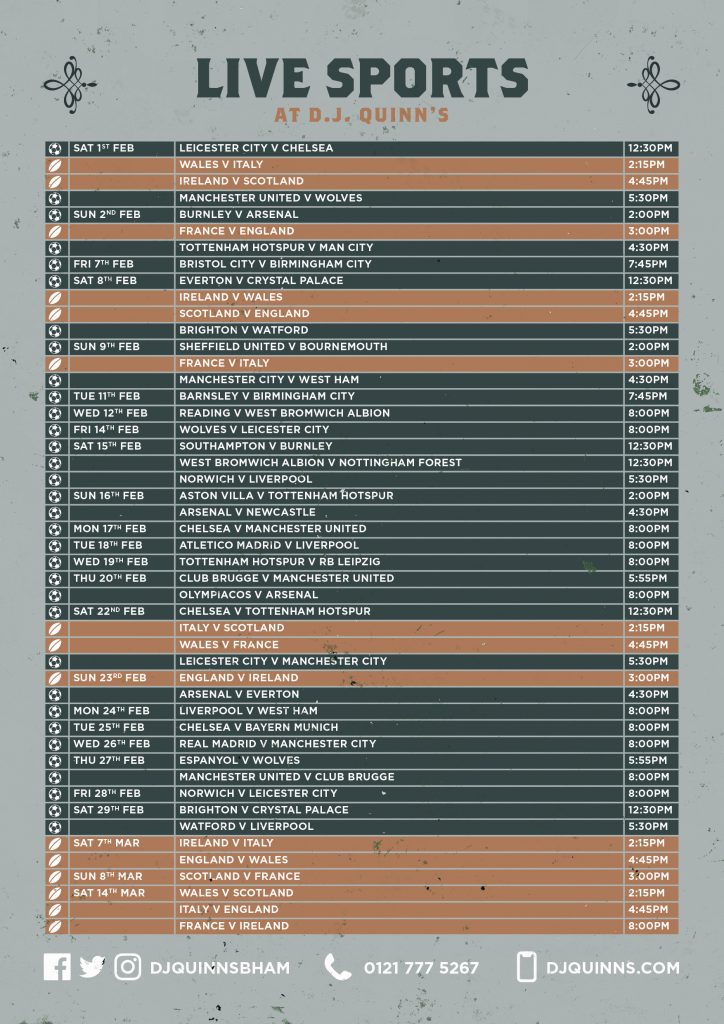 See our GAA Fixtures below:

D.J. Quinn’s is home to live sports, and live music! We have live acoustic, trad, rock and roll and country bands and artists to soundtrack your weekend so there is something for everyone, all for free entry.

Don’t forget to keep up to date by liking us on Facebook and following us on Instagram.

Celebrate all things Festive at D.J. Quinn’s 10 Days of ChristmasSt. Patrick’s is coming to D.J. Quinn’s!